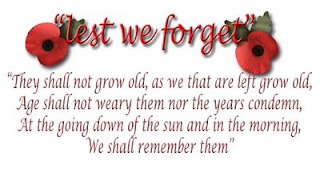 In the run up to remembrance Sunday I have been trying to find a poppy widget - with no luck, so I decided to put an image up instead. I could not believe it when I saw this image, the wording is that of the tattoo my boyfriend Adam has tattooed on the inside of his arm. He had this done earlier this year when he came back from Afghan - he is a Royal Marine. 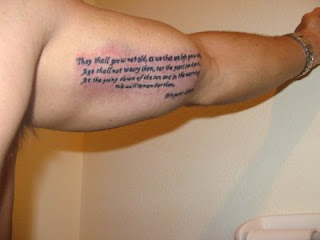 (This picture was taken a few hours after having it done, it looks nice now)

The wording is a quote by Laurence Binyon, it is part of a long verse which is read out at repatriations and military funerals. Adam was present at a couple of repatriations during his time in Afghan, he lost 3 friends out their during his tour, and then a lad from his company upon return.

Here is his latest work photo (he was air brushed - he had a spot!), he is a PTI (gets the new recruits fit). I'm so very proud of him. x

I am from a forces family, several generations of my family have served in the different forces throughout the different conflict's which our country has been involved in. All our service's do such a fantastic job - they should be remembered more often - and never forgotten.

With proud thanksgiving, a mother for her children, England mourns for her dead across the sea. Flesh of her flesh they were, spirit of her spirit, Fallen in the cause of the free.

Solemn the drums thrill; Death august and royal Sings sorrow up into immortal spheres, There is music in the midst of desolation And a glory that shines upon our tears.
They went with songs to the battle, they were young, Straight of limb, true of eye, steady and aglow. They were staunch to the end against odds uncounted; They fell with their faces to the foe.

They shall grow not old, as we that are left grow old: Age shall not weary them, nor the years contemn. At the going down of the sun and in the morning We will remember them.
They mingle not with their laughing comrades again; They sit no more at familiar tables of home; They have no lot in our labour of the day-time; They sleep beyond England's foam.
But where our desires are and our hopes profound, Felt as a well-spring that is hidden from sight, To the innermost heart of their own land they are known As the stars are known to the Night;

Yes, that is a lovely saying.
We used to play darts out of a Navy club and at 9pm the whole league had to stop for the saying.

I for one shall remember.

I spent most of yesterday evening in tears watching the rememberance service on the TV and now I have been reduced to tears again by your post. You have every right to be proud and my they never be forgotten. Sue :o)

Hi Pink Sunshine, I too couldn't find a poppy widget for my blog, only one for myspace, so i copied the logo from the Poppy Appeal and then informed them. They were delighted to have the poppy appeal promoted on people's blogs. I love your poppy image, and would love to have a copy of it for my blog, as a permanent fixture, but only with your permission. My thoughts are with your partner and the families of those who have been lost. As a nation I think we are individually proud of the men and women who undertake this role in life, but as a government I think there leaves a lot to be desired. I feel the 11th November should be a National holiday without question and that the showing of pride in the forces as a whole nation should be led by example, but I think it is not at the top of the list for the government. I also feel that it should be spoken about in schools more, after all it is a major part of who we are. God, I sound like I am ranting but I am not :D, I hope you have a memory-filled day xxxxx

Tomorrow we will honor veterans here in the US. I too come form a military family and my son,2 nephews and cousin's 3 sons,(yes, all 3 of her boys are in the Army), carry on the tradition. My son has been home from Iraq for just about a year now. I'm the daughter of a war veteran,(korea), but I never thought I'd be the mother of a war veteran.

Sally
Somerset, United Kingdom
30 something, married, wannabe yummy Mummy with a love of all things pretty. I have enjoyed crafting in one way or another most of my life, but love paper crafts. I am lucky enough to have previously been on design teams. I am the owner of a new monthly challenge blog called Craft Mojo. 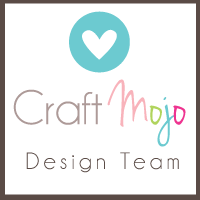 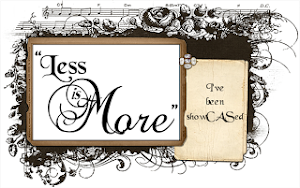 
These designs are happily shared for personal insperational use. All content including design, text & photographs are © of Pink Sunshine. Designs may not be copied for the purpose of publication, financial gain or competition entrys.